Book Review of Cross My Heart 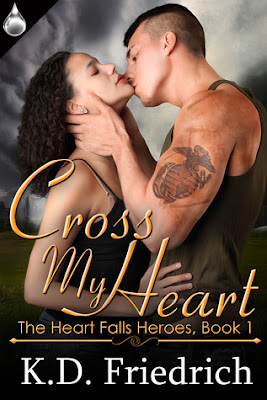 Pete Cross is struggling with the emotional and physical scars of war, the last thing he needs is to find himself attracted to the one woman he shouldn’t want … his best friend’s sister. K.D. Friedrich is pleased to present Book 1 of her new series, The Heart Falls Heroes. Cross My Heart takes you on a poignant journey of loyalty, love, and above all, the healing power of second chances.

Struggling with the emotional and physical scars of war, Marine Pete Cross returns to his hometown, Heart Falls, New York, bitter and broken. The last person he wants to see is the stubborn tomboy from his past, Cara Sands. The guy code of ethics demands he keep his hands to himself where his best friend’s sister is concerned, but Cara never got that memo. Apparently, neither did Pete’s libido, because his desire for her is stronger than ever. Cara has no clue where the man she loves went, but she’ll do whatever it takes to bring him back. Pete tries to push Cara away with bitterness and anger, but she yanks him right back with understanding and patience. Her persistence drags them closer to an outcome that might destroy them both or show him, once and for all, the power of second chances. 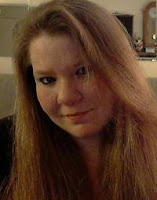 K. D. Friedrich is a writer of Contemporary and Paranormal Romance. By day, she crunches numbers, but by night, she's busy creating interesting worlds and compelling characters, hot alpha heroes being her favorite. In 2013, she placed second in the Golden Palm contest for Paranormal Romance. She's an overprotective mother (her daughter's words), lifelong New Yorker, and an obsessed reader of everything romance.

I have always been proud of our men and women in the military and I love a good war romance, but I know how hard it can be for wounded warriors to come back from the war and feel comfortable in the life we take for granted because they are out there protecting it for us.  This story incorporates the pain and fear that happens during war and makes it okay, makes it a fact of life.  I appreciated that aspect most in this story.

And it is a great story.  It’s all about love, missed chances, and coming to terms with yourself.

I give this story 4 out of 5 cloudss.

Title: The Black Swans – A Tale of the Antrim Cycle 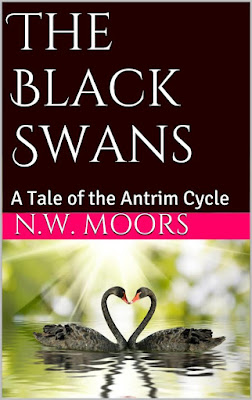 Taisie MacDonnell loves Celtic music and when a traditional Irish group moves to her small town of Antrim, Maine, she's thrilled. She has no idea that becoming involved with Conn McLaren, the handsome pipe player will enmesh her in magic, a centuries-old enchantment and pursuit by the Fae.
This is a modern retelling of the Irish story "The Children of Lir".

N.W. Moors lives in Portland, Maine, land of lobster and pine trees. She's a voracious reader and avid traveler - she loves to visit Great Britain and Ireland. Researching trips meant that she tries to learn as much about the area as possible.

She truly appreciates you sharing this adventure with her. She will continue to write about magic and the small town of Antrim, Maine. Please leave reviews and like her Facebook page or follow her blog for further updates.

This is a great fairy tale retelling of the Irish myth the Children of Lir, similar to the story of the 12 swans.  In this story the retelling has a modern twist while retaining the magical essence of the original story.

I love fairytales.  It is one of my favorite genres.  I especially like when the story has a twist.  This story is well written and holds true to the charm of the Irish tale, while making it relevent for modern audiences.

This product or book may have been distributed for review; this in no way affects my opinions or reviews.
Posted by Wall at 3:00 AM 1 comments

Book Review of The Thinking: The Landland Chronicles #2

Book Review of The Thinking:
The Landland Chronicles #2
Sponsored by Enchanted Book Tours 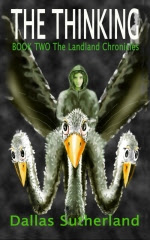 Title: The Thinking (The Landland Chronicles #2)

LANDLAND BECOMES ITS OWN SAVIOUR …

The Greying snakes across Bigriver towards Landland … all the lands are in turmoil. Meah combines her power of thinking with the magical Book of Colours, and joins the Bigriverland army to fight the horrid Firbog. Faith, Hope, and Charity, the white many-headed-winged-thing, returns. Auntie Beryl has become the evil Queen Berilbog– she must be stopped. Many-headed-winged-things soar high over battle-fields, three-humped-beasts-of-war go on the rampage, and, from out of the mists of the greying, slithering Homunculi goad them on.

Meah's magical plans are not what Landland needs– Firbog hordes swarm across a dried up Bigriver into Landland, cutting their way through The Scented Forest, all the way up to the tip of Mount Beacon.

Chaos reigns supreme, Landland writes its own story … but the story is all wrong. Meah looks for a way to escape. Will she find her father, The Biggo, again? Can they win their way home– should they leave Landland and all their friends in the clutches of Auntie Beryl, the Grey Lady? 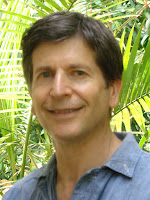 Over the last twenty-five years, the Author has exhibited a creative bent across a range of industries including graphic design, fine arts, and trompe l'oeil murals. He has lectured in fine arts and studied Art History, Literature, Adult Education, and Creative Writing. Works include play scripts and short stories. The Greying is his first published novella, with further books planned as part of the fantasy series. He draws inspiration from myth, legend, and fairy tales.

He lives on the Sunshine Coast in Queensland, Australia with his partner Kerri, and daughter Ruby.

Nera searched the sky overhead. ‘We’d better make sure there are none of those many-headed things lurking about.’ Quick, Meah, get us down closer – over that first rank.’

Faith, Hope and Charity flew along in front of the first rank of Northhaven footsoldiers. There was no movement in the ranks.

‘There, I told you so. I’ve never seen those weapons before Meah. Would you just look at that,’ Nera said.

Meah grinned. ‘Well, I have. They’re muskets Nera. You’ll soon see what they can do.’

The white beast flapped higher above the battle-field as the three-humped-beasts-of-war ran snorting towards them with the squeals of Homunculi piercing their ears. And the horns blared, the drums thumped, and the tapping tapped.

‘Give them their orders, Meah, quick!’ Nera yelled, waving his arms about, before picking off a Homunculus rider with an arrow. 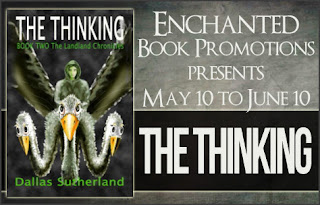 Meah tossed her head from side to side. ‘But, I don’t know what to say, Nera. I’ve only ever seen musketeers in movies and then there was this re-enactment once before.’ She tried to remember what might be the right thing to say – what orders to give.

Nera twisted around and thrust his face towards her. ‘Movers – what are they? It’s a shame you didn’t think any officers or sergeants to go with them.’

While Meah continued to think out her commands, down below on the battle-field the result of the thinking was instant; upon Meah’s orders the regiment of musketeers released volley after volley at the oncoming three-humped-beasts-of-war. Dead and injured animals lay strewn across the ground between the Firbog and the Northhaveners. Three-humped-beasts-of-war growled and groaned in agony, while what was left of their Homunculi riders, grovelled and loped away into the mist-bank.

The booming of the musket fire had silenced everything, even the drums and the gurgling horns. There was no more tap tap tapping.

The Firbog left their dead and dying behind on the battle-field, too, as they ran back into the mist.

At times it was difficult to follow what was happening, but I think that is because I didn’t read the first book.  The story meanders off track near the end and I wasn’t sure if it was setting up the next book.  However, it is an interesting premise.