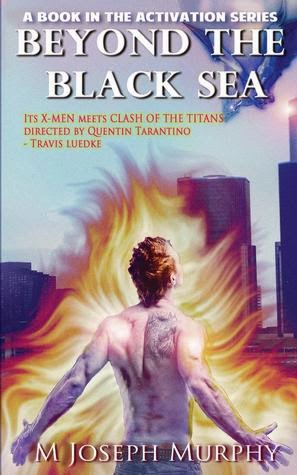 She’s dead because of me.

Josh Wilkinson is haunted by two words written in still-warm blood: Your fault. Wisdom, an immortal raised by the djinn, has gathered a band of super-powered teenagers to stop the Council of Peacocks, a group of evil sorcerers. After the battle in Thessaloniki, the Council is on the run. Just when final victory appears imminent, Josh’s mother is murdered and the prime suspect is his father. Once Josh was integral to the Council’s plans for world domination. Now Josh learns his cousin, Travis, is the one set to activate the Verdenstab. If he does, the Orpheans, demonic allies to the Council, will escape the Black Sea, a pocket dimension that serves as their prison. In a last-ditch effort to prevent the invasion, Wisdom and Josh use an ancient portal hidden beneath Gobekli Tepe to enter the Black Sea. The rest of the team – a pyrokinetic, a telepath, and a mercenary – head to stop Travis from activating a device. The end is closer than anyone suspects. The Activation is set to happen tomorrow.


You can buy Beyond the Black Sea at: 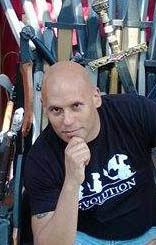 M Joseph Murphy was born and raised in Ontario, Canada. He earned his geekdom at an early age. He read X-Men comics from the age of 8 and it only went downhill from there. As a teenager he wrote short stories and wanted to be the next Stephen King. Instead of horror, however, he kept writing fantasy stories. After surviving high school as a goth with a purple mohawk, he studied English and Creative Writing at the University of Windsor. When not writing, Joseph works as Lead Accounting instructor at a local college. He lives in Windsor, ON (right across the stream from Detroit, Michigan) with his husband, two cats, and a shy-but-friendly ghost.

You can find Joseph at these links:

This Giveaway is open internationally. Must be 15+ to enter.
2 Winners - eCopy of Council of Peacocks
2 Winners - $5 Amazon Gift card


a Rafflecopter giveaway
This tour is brought to you by