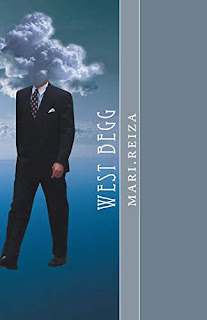 A hilarious yet dark novel on how power, and the lack of it, shapes people.

Luca’s job is being a punch bag, a tea towel, a toilet bowl, to the undeniable and unbreakable king of egg power proud of averaging two hundred flights a year to visit chicken markets around the world.
Anna moved to Catania to work for caper queen Madame Sicily, fulfilling varied tasks from picking up Céline swimwear before it hits the runways to recovering badly parked Lamborghinis.
La Revolução dreams through buildings but builds parking spaces, when she’s not helping launder money for her boss’s dad’s dodgy charities.
And finally, Carolina is out to conspire with Paquita who met their boss the German in a red lit booth, to understand why the man has to drain the passion out of everything. Their fates will inevitably collide. The question is, will their bosses get what they deserve?


Quotes:
At the office, Macco One’s sickened secretary barely acknowledges me. She firmly maintains that it is sickening to work in our place, Macco One’s place, says that it is not about the chickens but the cocks, ‘Too many big cocks flying around.’ I have never known her on a high. I leave the box of Indian sweets I bought her by the pot plant on her desk and hope that they poison her, ending her ordeal. (Luca)

The thought of my boss’s iron calves ungoverned scares me. Is it panic or an absolute type of anger? Does he know what he is angry about?’ Ignorance about one’s anger can be harder to deal with than deliberate devil. Sometimes I have nightmares where he chops my arm with the drama of a man picking cherries. (Carolina)

I cannot leave the swimwear on the bike. It is a church, Saint Agatha. No one should steal it by the virgin’s gate. But even so. These people cannot help themselves. They all want to look good at Mondello this summer. (Anna)

Irajá, which means beehive, is stunning, very pale with dark hair, so pale you can see millions of small blue veins through the skin of her face and neck, giving her a magical tinge. This is not the kind of woman you can imagine doing ordinary things like shitting or clipping her toenails. (La Revolução)

I’m crying on Paquita’s shoulders yet again. Her jumper is cheap cashmere. She is small and delicate and perfectly proportionate like a kid’s mannequin. And I am totally aware that this is the strangest of arrangements. (Carolina)

She is not Fuksas. Even if Irajá is convinced that in her heart she is a great architect with a social vision. I guess it keeps her away from pretending to be something more dangerous. When she purses her lips, the natives show fright on their faces and for a moment I expect a long viper tongue to come out pushing against her lips. I think they do too… This pale bundle of nerves is so thin and young, must be less than fifty kilos, below twenty five years of age. Any of those native hands could easily crush her to the ground, but they are afraid. (La Revolução)

I stick out like a sore thumb on my bike in this town, my red curls to the wind, racing through the streets in the old centre, between the ruins of the Greco-Roman theatre in Piazza Stesicoro, up Via Etnea to Piazza Università. That is my first scheduled stop today, at a friend of Madame Sicily. This friend has had the latest Céline swimwear delivered three weeks before it hits the runways.
Madame Sicily had a preview of the collection sent last week in high resolution on her iPhone 6. I printed it for her two days ago on high quality glossy paper, as instructed. She glanced at it in the car whilst travelling to an important meeting in an upmarket country club outside Catania. I waited in the car with Rodolfo, her driver, whilst she went into the meeting, and when Madame Sicily came out she said the meeting had gone well. She gave me back the glossy papers, she had ticked five models. She was happy.
As a result, today I am carrying a 1,500 euro cheque in my right hand pocket. It’s heavy against the light fabric of my ten euro H&M pantacourt that fit me well last summer. I am wearing it today despite it being only April; April is already hot in Catania. The cheque will cover the purchase of an immaculate white bandeau one-piece with a large rose at the right hand breast, a red playboy in Lycra with plunge halter neck to the belly button around which there is an embroidered daisy motif, a Bond girl bombshell two piece in neon orange, and two other plunging necklines, one white and another black, both with the traditional Céline chains design in gold. Madame Sicily has said to her friend Maria Luisa that she needs to get these pieces today, to try them on and decide before her May break on the Agnellini boat in Sardinia. She says if she does not have them today, she will not go. They and the smuggled collagen suppositories from some doctor in Miami are her two requirements ahead of this trip.
Madame Sicily is constantly threatening people in this way and it works for her. So much so that I would go and get these costumes collected today even if I were run over by a maniac en route. I would still get to Maria Luisa, down on my bloodied knees. She would have the package ready, for her own sake, and I would pick the stuff and get to deliver it to the office on time, stain free. I would delicately hand it over to Madame Sicily, and only then I would be allowed to die.
(Anna) 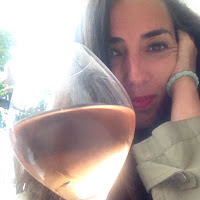