The Bridge of Deaths review 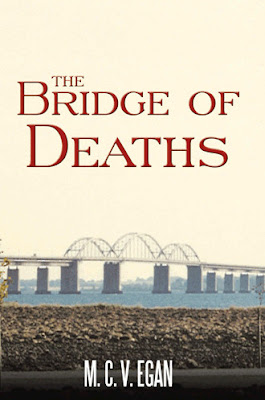 Follow Bill and Maggie in London 2010 as they explore the events of August 15th 1939. When at the brink of World War II, an English plane crashed and sunk in Danish waters. Five deaths were reported: two Standard Oil of New Jersey employees, a German Corporate Lawyer, an English member of Parliament, and a crew member for the airline. Bill and Maggie find a conceivable version of the events.

This is the way that the author described it :

The Bridge of Deaths is a cross genre. It has a huge historical, documented background, But it is as a reviewer so aptly wrote not "regurgitated History" I dug personally through archives and file and went to sources and found mistakes in history books, as well as explored an event that had never been properly documented. Another reviewer called it Casablanca with a touch of the modern.

I also used several psychics, and they through the use of psychometry told me "what they saw"...and as impossible as it sounds all their stories matched.

I also used documented past life regressions from a source who wishes to remain anonymous.

To tie it all together and make it a read and not a tedious history/paranormal lesson I created character's , one is a creative expression of myself she is lonely and obsessed, I am married, busy with a teenage son and this was a part of my life, but not the core of my existence.

So it has been called a Historical, Paranormal, Mystery, Romance. But it is first and foremost a "thinking" book.

Anyhow, once you become familiar with it, let me know how you think we should approach it 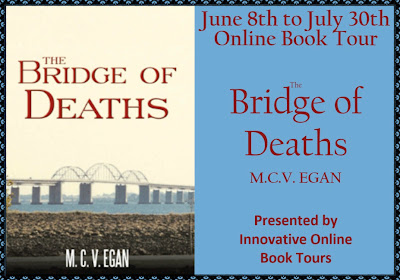 About the Author
M.C.V. Egan lives in South Florida with her husband and teenage son. She is fluent in four languages; English, Spanish, French and Swedish. From a young age became determined to solve the 'mystery' of her grandfather's death, she has researched this story for almost two decades. The story has taken her to Denmark, England and unconventional world of past lives and psychics. The author would like to thank Critical Past for the use of the British Airways LTD. Lockheed14 image above.

The basic story was excellent, but I got lost in the detail to the loss of the story.  I do think that much of the information could have been left out or presented differently and the story would have been improved.

This product or book may have been distributed for review; this in no way affects my opinions or reviews.
Posted by Wall at 3:06 AM