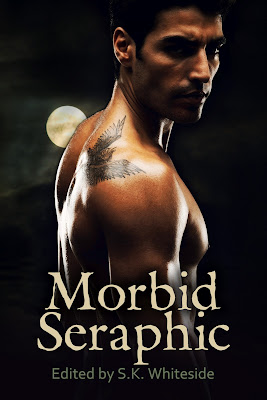 Even the divine have a dark side…
Take a journey into a world where the forgotten reign as King and Queen.  Explore a “reality” where the divine give meaning and substance to the concept of IMMORTALITY.
These menacing tales feature beings of divinity from angels, demons, gods, goddesses, to personifications of divine principals.  No other worldly being is safe.  The sparkly undead and wild shaggy dogs have no place in this anthology of dark proportions.
Can you handle it?

Better the Devil You Know ~ Stephen B. Pearl

Malachi landed gracefully in the alleyway next to the coffee shop. He enfolded his wings and put on his white knee length wool duster. It wasn’t particularly cold outside but a continuous cool breeze did warrant some coverage. He was growing bored. It had been a while since he was assigned to watch over anyone and the lack of occupation was beginning to aggravate him. To combat the growing feelings of loneliness, Malachi had taken to spending afternoons in a pub in lower Scotland reading books. It didn’t squelch the loneliness but it did give him some sort of comfort being near his home of birth. At least what was left of what he considered his “home.” It had been centuries since he had actually lived here, or lived at all for that matter and the last of his living relatives were long deceased…just like him. 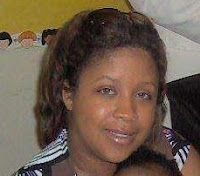 S.K. Whiteside is a writer of Paranormal/Fantasy, Horror, and Suspense. As a full time Mental Health Counselor, she started writing in Academia but decided writing about things on the “other side of the veil” was a lot more interesting. Living in the Paranormal capital of the world makes it fairly easy for her to come up with characters, many of which are based off of real personas in her life that are so vibrant they can’t help but carry over into her writing.

S.K. Whiteside is a Fiction Weaver and World Creator. It just so happens that the worlds she creates are often filled with things that go bump in the night. A New Orleanian at heart, the Deep South often serves as the setting for her Paranormal Tales of the unknown. Her Charismatic characters and snarky banter often derive from the various personas of those she loves and the voices in her head. When not writing she spends her time telling everyone else in the world that they are completely bonkers but yet she often channels Napoleon Bonaparte. During her down time she pokes at the massive giant whom holds her captive and runs from two monsters that she swears are out to kill her. Some people call them her husband and children but she knows the truth...

For more information on S.K. Whiteside, please visit her website at www.skwhiteside.com or visit her on Facebook at http://www.facebook.com/pages/Author-S-K-Whiteside/178263688937446

Strange stories, but definitely interesting.  The stories range from Guardian angels giving up their wings for love to demons working with police to remove drugs from the street that allow people to change shapes. 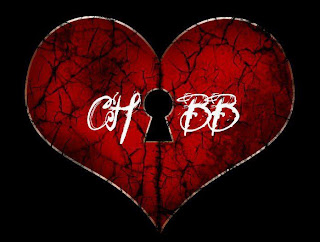 I found the stories interesting, intriguing, disturbing, and somewhat scary that the authors came up with these stories in their twisted little minds.  I find it even scarier that I know people that could write these stories also.

I give the book overall a score of 4 out of 5 clouds.  Some stories are higher and some lower, but overall pretty good.